More popular than ever, it seems, is the style of art involving a single line that winds its way across the canvas to describe its subject, whether it be a figure drawing or an abstract expression. When an artist has great command over so few elements their inherent abilities shine through powerfully and effortlessly, leading to some expressions that are not only clearly and uniquely their own, but that are also alluring distilled epiphanies, rich with the rapture of an opera soprano’s aria above the surrounding din. As an interior design material, art works of this nature are a designer’s dream, encapsulating a motion with a succinctness that can define the rest of the space.

Amongst the best of the best, the artists who arguably invented this format, or popularized it at the least, are Matisse and Picasso— ones whose enchanting mastery over their forms have offered inspiration to many an artist thereafter, both contemporaries of their time and modern day creators alike. 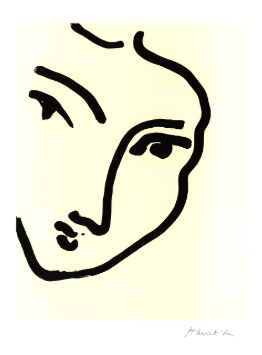 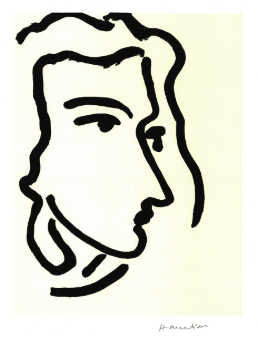 For Matisse, less-is-more could have been a mantra, and one that he perfected, with his talent for describing worlds with shattering simplicity a veritable coup d'état. Works like Nadia Au Menton Pointu and Nadia Regardant A Droite, Femme III retain the fullness of the portrait they define though stylized as deeply as they are, ensuring a lasting motif. And Naked in the Waves and Nude with Bracelet show a finer line weight and darker mood with no sacrifice to sublimity. 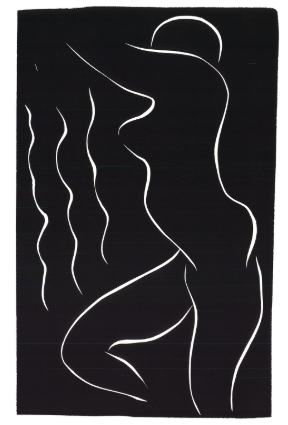 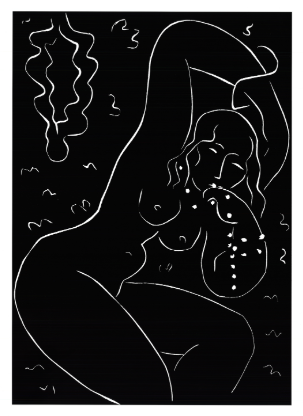 And Picasso’s lines are the epitome of control — whether slow and meandering or fast and reckless, his mark always seems to follow his whim with flying precision. Picasso has a remarkable inherent understanding of the shapes and essences of form, whether human, animal or object. Though throughout his career stylistically he rambled all over the map, when he made drawings with a single line his anchoring ability to draw allowed for the inexplicable exaggerations that make his work sing. Mes Dessins D'Antibes and El Toro (1) are captivating, with new moments to appreciate with every look, and Drawings, Prints, Posters and Le Sculpteur ignite laughter and love all at once. And with themes like peace and motherhood, works like L'Art et la Paix and La Grande Maternité are images with such lasting power that they surely will never go out of fashion. 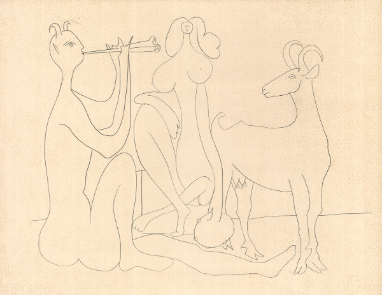 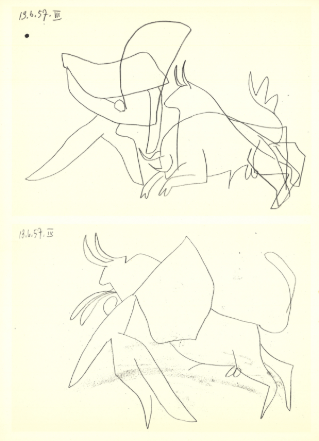 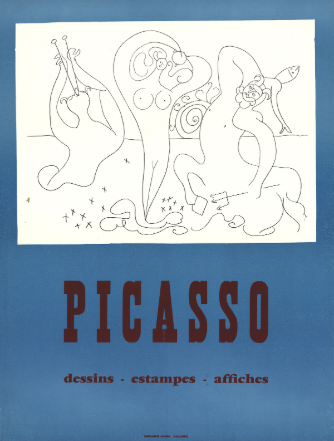 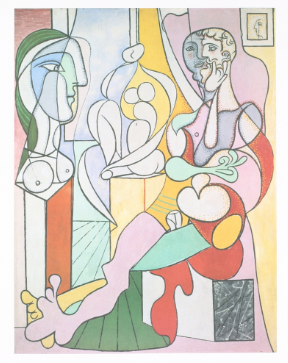 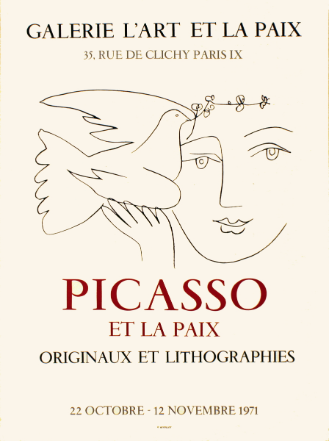 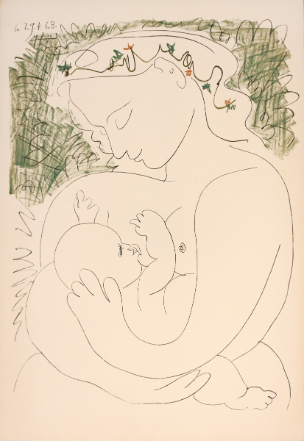 Miró and Calder were similarly fathers of stylization, reducing forms down to their essentials as a way of life. Organic lines weave their way solitarily across a blossoming space, which gets invented one episode at a time until the area of the page is complete, an entirely new universe concocted from the illusory collection of elements. Miró’s A L'Encre II is home to any number of personal associations, and Desert Mirage speaks volumes with apparent lucidity. And Calder’s Derriere le Miroir No. 173, pages 12-13 explores unknown territory with casual cool. 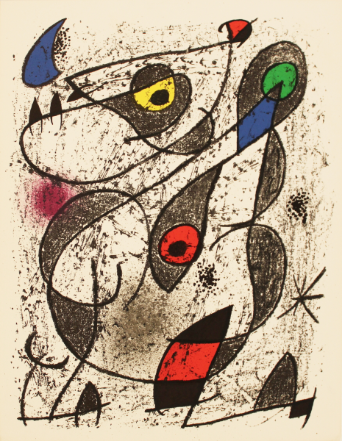 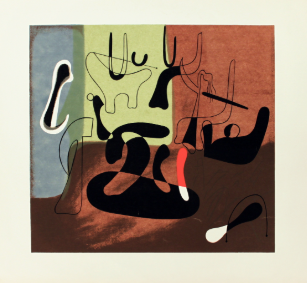 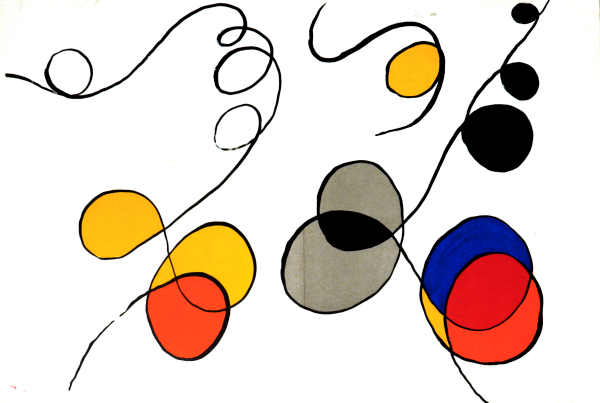 And lastly, offbeat modernist New Yorker Ben Shahn offered a slightly more rugged and quirky line quality in his impassioned and humanistically charged artwork, though his voicings are no less magnificent. In fact, such an interesting and peculiar style is enjoying a renaissance in today’s popular vocabulary, a testament to its enduring strength. Kennedy Galleries, Graphics and Two Men Sitting speak to both their 1960s audience and again to the spirits of now. 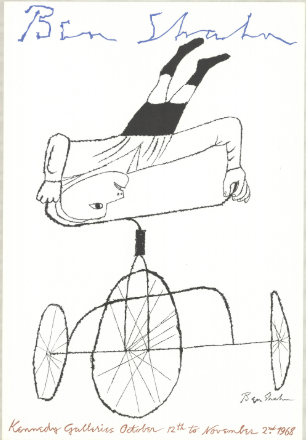 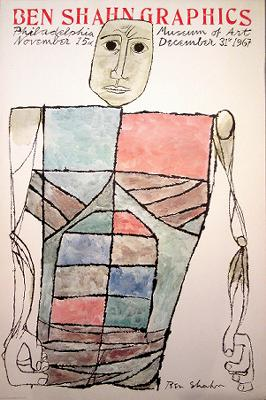 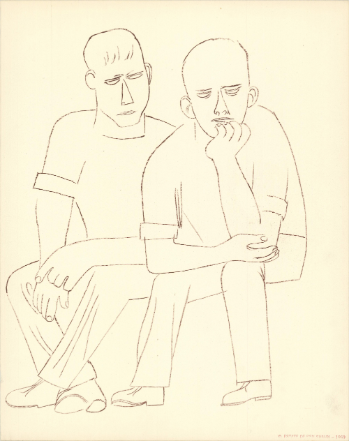