A man walks past Low Library on the Columbia University campus in New York City on March 9. Photo: Mark Lennihan/AP
A group of students at Columbia School of the Arts, Visual and Sound Art and Film have filed suit seeking reimbursement of tuition costs for the spring 2020 semester and in relation to the 2020–21 school year where the education provided fell short of that promised, Hyperallergic reports. The class action suit, which additionally seeks legal status for the program’s international students, and which cites breach of contract and unjust enrichment, was launched November 4 by sixty of sixty-one students in the Visual Arts and Sound Arts (VSA) master’s program. The filing comes on the heels of months of back-and-forth between the students and the school’s administration, with the former chafing under the roughly $70,000 2020–21 attendance costs compared with the pandemic-diminished experience they are receiving, and the latter initiating a student-relief fund available on a first-come, first-served basis to applicants demonstrating need. 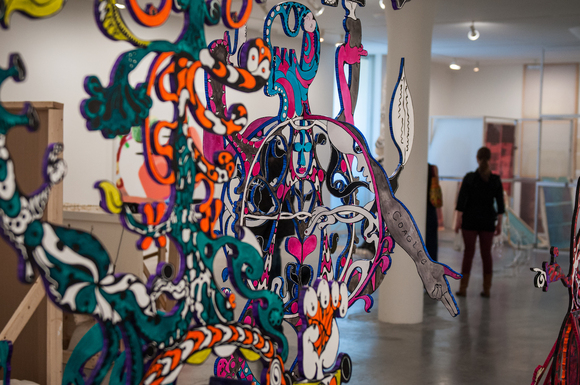 The students in March 2020 offered what they saw as viable solutions to the pandemic-caused setbacks, among them, an additional fee- and tuition-free semester for first and second-year students, with those opting out compensated; an in-person core curriculum; financial support, including need-based scholarships of about $3,000 per month; partial tuition refunds for online studio classes; and uncompromised degree exhibitions.

In response to student concerns, the school launched a COVID-19 student relief fund in April 2020: need-based, first come, first serve financial assistance offered through SOA donors capped at $1,000, and a second round of assistance announced in July. In July, the university offered a third round of relief specifically devoted to studios for second-year students capped at $2,000. But at the time of interviewing, many students told Hyperallergic relief was delayed and disorganized, which compounded hardships, and some never received funding at all. Dean Carol Becker of the School of Arts told the publication that roughly one-quarter of the school’s 835 students had received aid totaling about $519,000 by November of last year and that more would be distributed in January 2021.

The students have clarified that their issues are with administration and not with faculty, a number of whom have expressed support for the students.