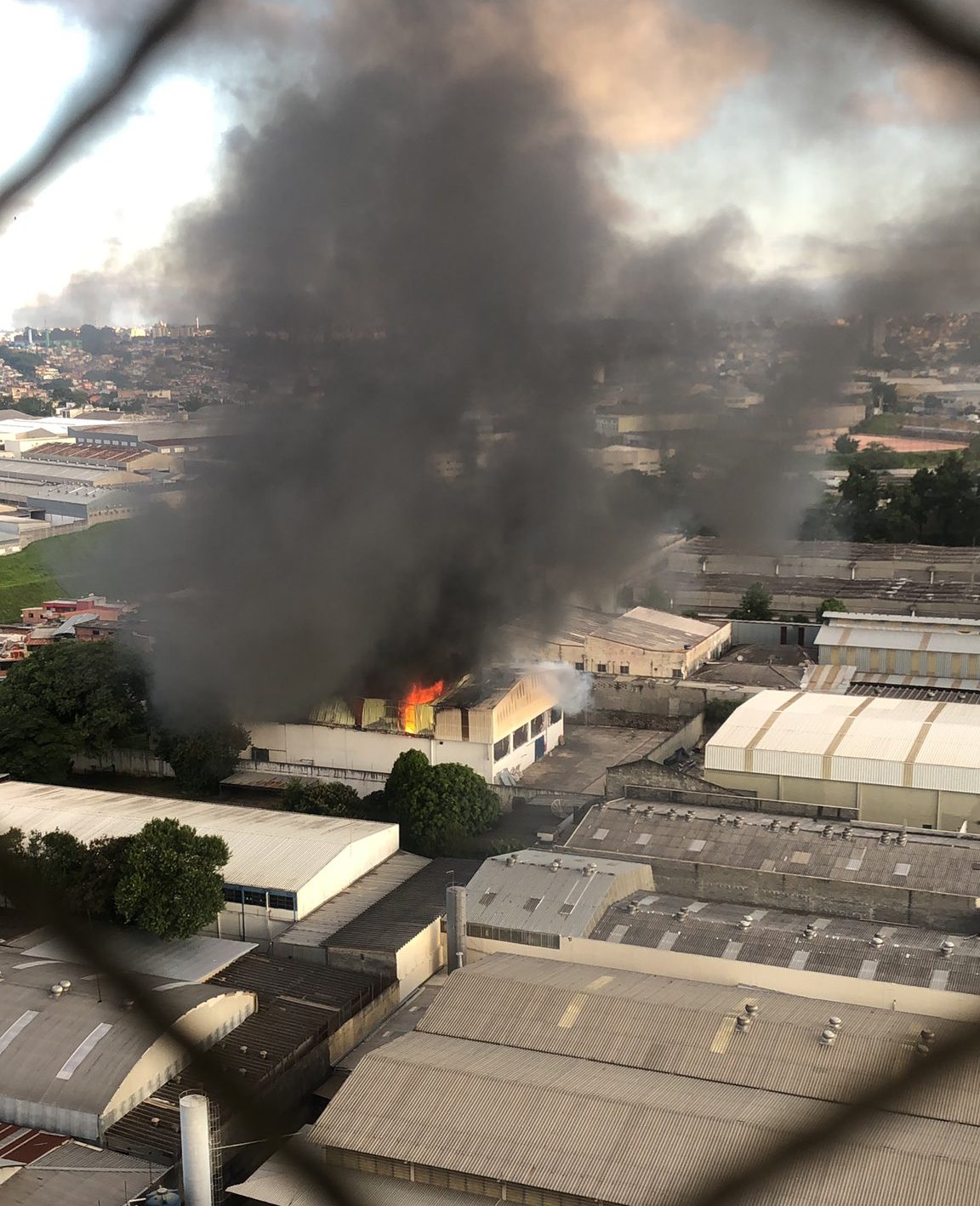 The fire at the Alke storage facility in São Paulo state. Photo: Twitter/@backalves

A fire at an art storage unit in Brazil has destroyed numerous works held by some of the country’s leading galleries. Top dealers as Nara Roesler, Luciana Brito and Simões de Assis all used the facility in Taboão da Serra, São Paulo state. The fire broke out at 5.20pm on Thursday 25 March according to the media. With ten crews from the local fire brigade tackling the blaze for five hours.

The fire broke out at 5.20pm on Thursday 25 March with ten crews from the local fire brigade tackling the blaze for five hours. No one was injured.

Whether or not we can say the same about the thousands of artworks stored in the facility, including pieces by artists Tomie Ohtake, Isaac Julien, and Vik Muniz, is yet to be determined. A full audit of the inventory is currently underway for Nara Roesler, according to a representative from the gallery—and it may take some time to complete.

“We still do not hold definitive information on the dimension of the damage caused, but we have been in constant contact with the authorities responsible for technical evaluation—among them the fire department, the police, and insurance experts,” the gallery explained in a statement.

Brazilian artist Emanoel Araújo, who is represented by Simões de Assis and had 13 artworks in the facility waiting in transit for a show of his in the United States. Araújo said that it was a “huge shock” to learn of the fire. "When you lose a work, it is very difficult because you cannot reconstruct it. It is something done in the past, it is really lost", says Araújo. "It is a moral shock to the work and the artist," he says. "There is no justification, it is a lack of attention, of responsibility. You can say what you want, but nothing that is said will solve it."

Alke, the company that operates the facility, said in a statement that “there has never been a similar case in the company’s history.” The company also points out that the facility had an up-to-date inspection certificate from the local fire department.