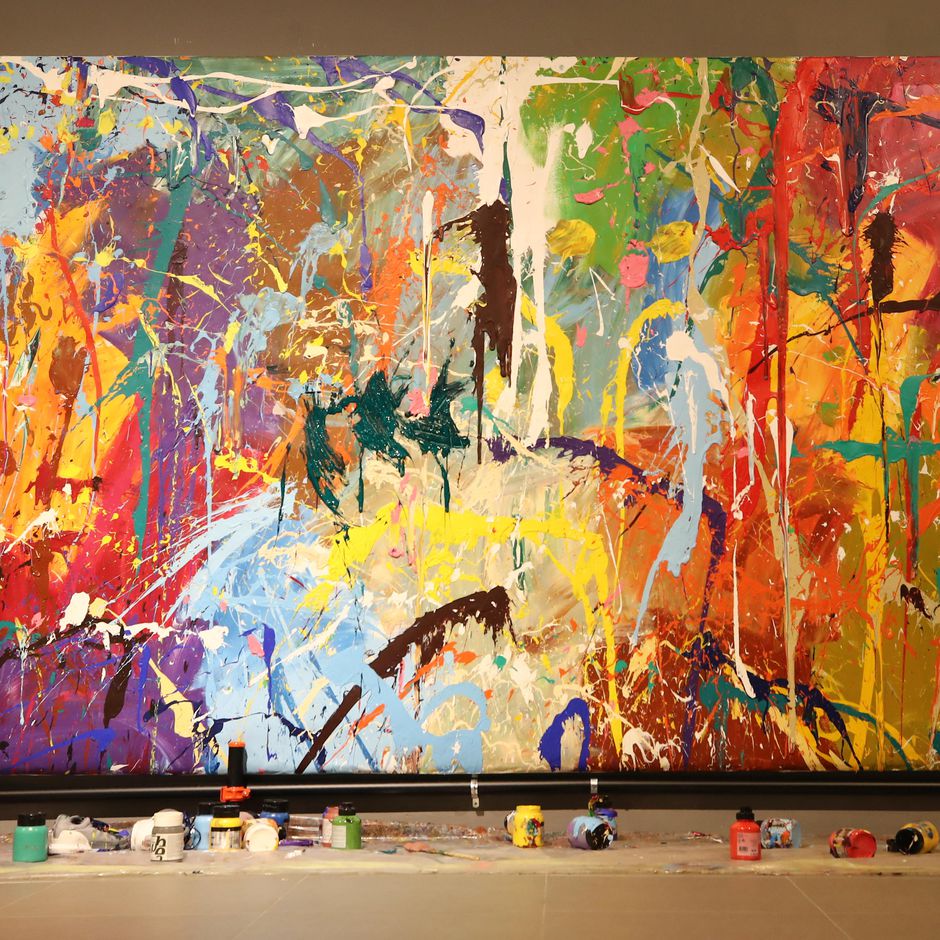 JonOne, Untitled. The three dark blotches in the center were added by visitors to "Street Noise," an exhibition at P/O/S/T,

a gallery at Seoul's Lotte Street Mall, who mistook the display for the paint and brushes used to make the piece for the trappings of a participatory work.

The couple, who are in their 20s, visiting a street art exhibition at a mall in Seoul unknowingly vandalized an abstract painting by American artist JonOne, said to be worth $500,000, painting three large dark splotches across its surface. The 240cm by 700cm untitled artwork was painted by JonOne in 2016 in front of an audience at Seoul's Lotte World Mall. It has since been displayed at various venues, along with the paint and brushes used in the live performance - which are regarded as integral parts of the artwork.

Staff at the gallery exhibition noticed new brush strokes on the wall -- small swipes of dark green to the right of center -- last Sunday. After checking the security camera, two suspects were taken by the police for investigation. Police reviewed the surveillance footage and arrested the couple at the mall, and they were later released without being charged.

They thought they were allowed to do that as participatory art and made a mistake," Kang Wook, CEO of Contents Creator of Culture, the co-organizer of the exhibition said. ” Kang Wook also told The Korea Herald on Tuesday, “We received a reply from the artist saying he wants the work to be restored. We will discuss whether to persuade the artist again,” According to Kang, the graffiti was not framed due to its large size. 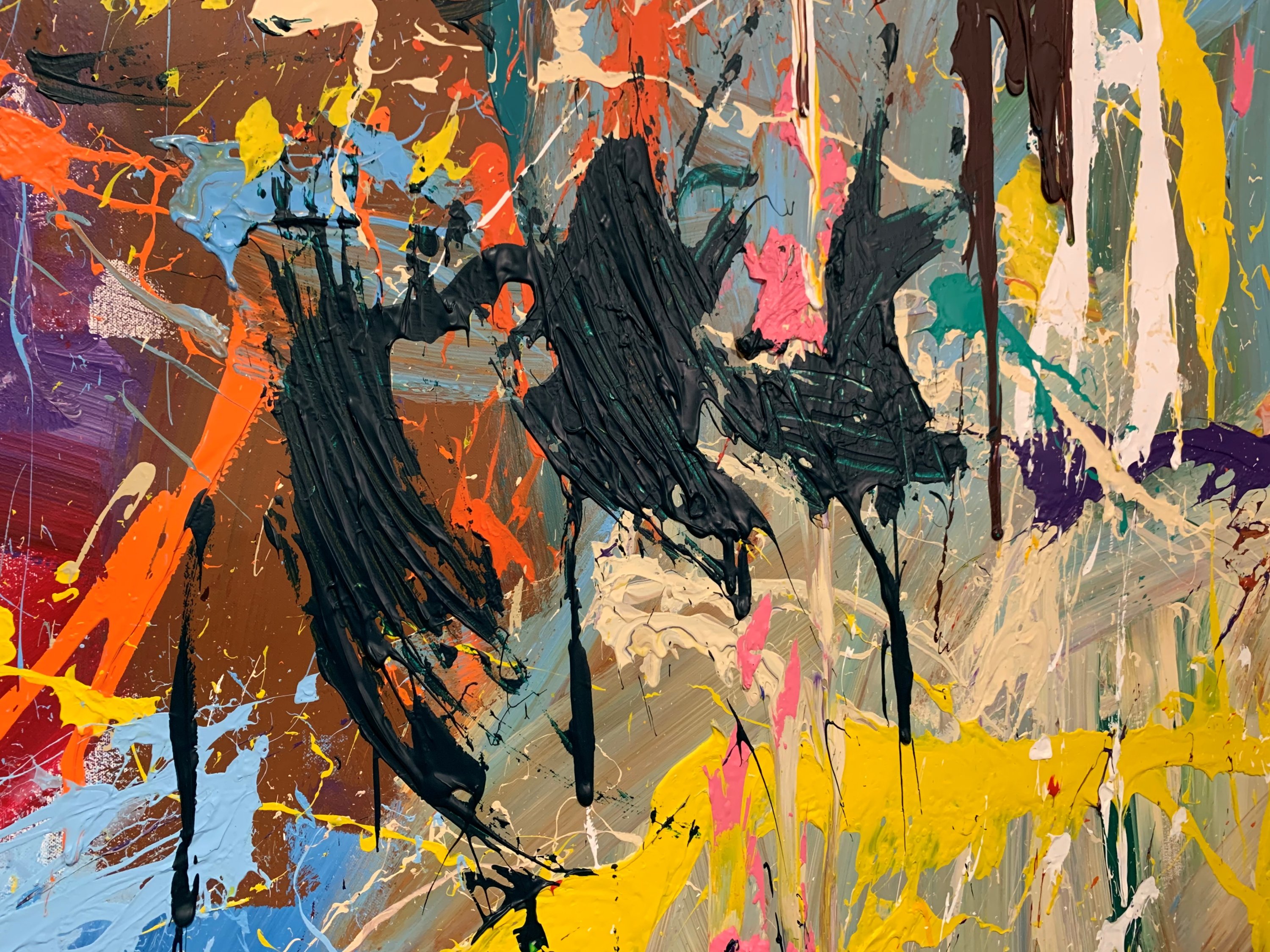 The marks painted by a young couple cover the graffiti artwork of New York-based artist Jon One at a gallery in Seoul, South Korea April 2, 2021. Courtesy Minwoo Park/Reuters

After the incident the gallery put up a wire fence and additional signs saying “Do Not Touch”. The work has been installed several times in the past along with the paint cans and brushes that the artist used, but this was the first time it has been damaged. Some visitors were seen taking pictures of the damaged artwork on Friday, and Kang said an increased number of people had asked about the show after the incident.